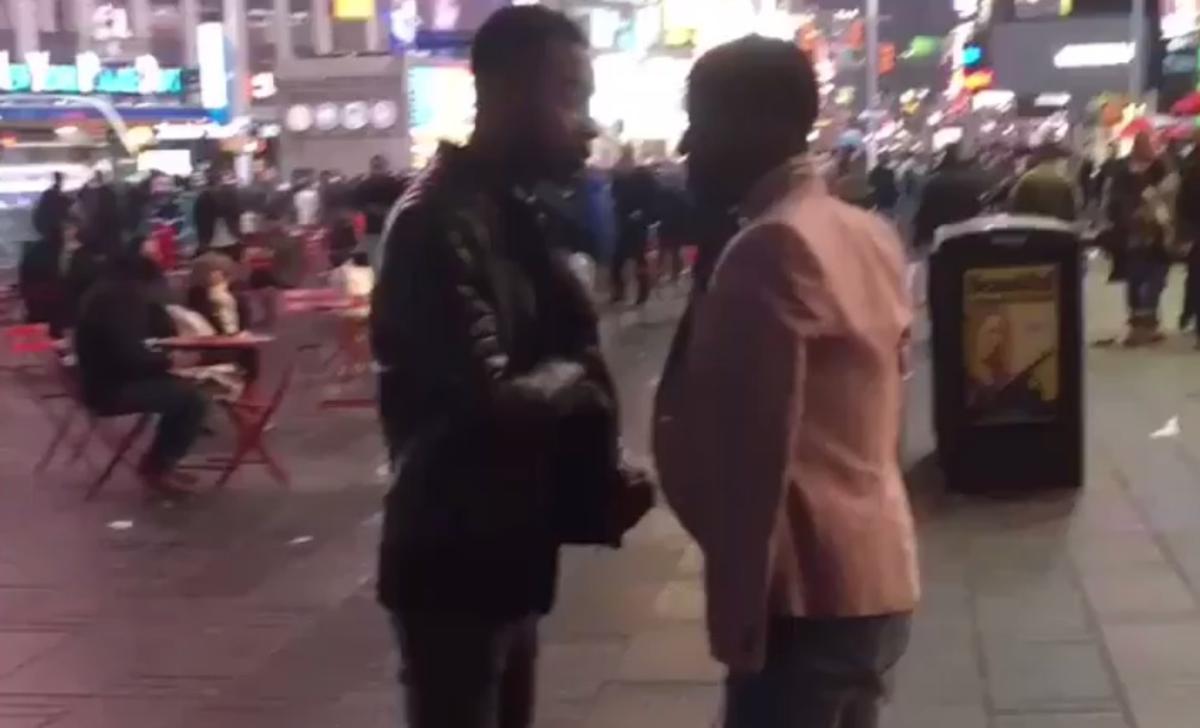 Congrats to this beautiful couple that dared to show their love in a post Trump US. Darell decided to share his very public proposal to his boyfriend Rechard, and it’s an image we’re thrilled to see in these uncertain times.

He told Attitude: “We traveled to NY to celebrate his birthday. I had planned to propose in the middle of Time Square but we got into a very heated argument minutes before. So as we were walking/arguing, I surprised him with the proposal.”

Darell added that he and Rechard chose to share the proposal video to combat the “hate and negativity” that’s gaining an even stronger foothold in this country post-election.

“Still living in a dream,” Darell captioned the video. “Never give up on love.”
Watch below:

Still living in a dream. Never give up on love. pic.twitter.com/BjtXotffpy